Part 4 of 5, my walk down memory lane, surviving my first year as an Archibus Administrator.
Space Management
Ah, space management. Kind of the backbone of the asset and maintenance management infrastructure. I can't say this is 100% complete, because there are many future plans involving this module.
But, for my purposes of checking off the to-do list, integrating new features into the workflow and migrating away from the thick client, I will proceed anyway.
The major task, faced by me and our business partners, was ensuring that every function available in the desktop client was duplicated in WebCentral. Followed by the introduction of the new Space Console.
After poring through and cross-referencing, we created a new process, which encompassed all of the required tasks, and adjusted some report output files to match more closely with how our office works.
The corporate facilities manager is in charge of planning moves, getting all new employee information into Archibus, and about 50,000 other things.
Full scale data audits can be time-consuming, though she does them on a somewhat regular basis, to ensure our occupancy plans are up to date. That is one great thing about the space console, instant and visual verification of slices of data.
While I was demonstrating the features for her, we did notice on the occupancy highlights of a floor, that a cube was double-booked. Closer examination revealed that the new employee had been assigned to a cube which was known to be vacant, but, the usual notification of an employee departing had not occurred as it should have. There are half a dozen different data points whose consistency is easily observable on a floor plan as a pattern aberration. I am happy this will make tracking down these rare system hiccups so much more intuitive.
As for my part, I noted soon after I began, only the rooms have been 'polylined' and tracked in the system, but, not the circulation space. In order to realize every vision, we must accurately capture all of the spaces. I am just beginning the process, which actually shouldn't take too long, it's just been tough to find the time to get started.
This is really the most well-documented and talked about feature of an IWMS, so, I won't prattle on. 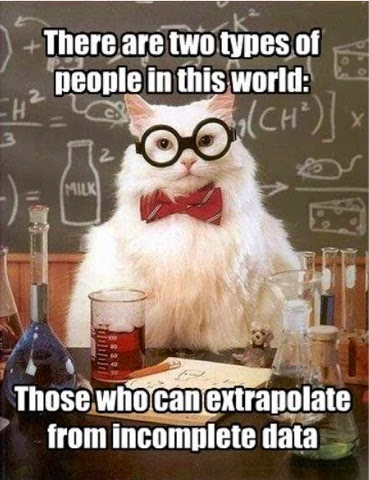 To be continued... my first year concludes with goal-setting for the coming annual cycle, primarily driven by data auditing and developing a roadmap of my own, after having tried to bring to life the visions of my coworkers.
Authored by Mistress of the Dorkness at 11/26/2014